It all started in the late 1960s when Brendan Clifford, an unemployed Jesuit-trained gravedigger was whiling away the time in the library of Trinity College Dublin. Tiring of waiting in the long queue of clerics desirous of studying Gaelic erotic poetry, Clifford asked to see some of the works of the revered fathers of Irish republicanism, which were in no great demand. Having blown off the dust, he was flabbergasted to discover that these saintly heroes, who he had been told were the Irish equivalents of Garibaldi and Mazzini, were a shower of bigoted, racist shitbags, who hated England because it had prevented Ireland from establishing its own empire with its own blacks to chain up and flog. The odd man out among this unsavoury crew was Wolfe Tone, a Protestant whose view of the Vatican tallies closely with that of Ian Paisley.

I Can't Forget Your Lonely Face

Earlier this month Andy Gill, the guitarist and - in the band’s own words - “supreme leader” of Gang of Four died. I’ve been trying to write this blog post ever since. I couldn’t really come up with a good ending for it. I’ve also always wanted to be able to write like Greil Marcus, and while this had usually resulted in me writing things that I don’t properly understand, it also puts the pressure on when you’re covering a subject that he did really well.

I first heard Gang of Four’s music in the early 2000s, put onto them by the post-punk revival that was on at the time (although those first albums by The Liars and The Futureheads are a lot less impressive when you’ve heard the real thing). What worked for me about Gang of Four was something that also worked for me about the writing of William Gibson (particularly the short stories collected in Burning Chrome) which I’d encountered only a few years before.

As a lonely young man, and increasingly as a lonely older man, what Gang of Four's music and William Gibson's short stories gave you was not just something that invoked your loneliness. Like Gibson's prose, the dissonant waves of Andy Gill's guitar, matched by Jon King's vocals, gave you an expressionist representation of how you felt (for this the live version of What We All Want was never bettered). Loneliness took on a texture, a shape. But what was most interesting with Gang of Four was that they provide you with an explanatory theory of why you felt that way.

In their most popular moment of the late 1970s and early 1980s, their preoccupations were with the shock of the transition between the postwar consensus and the new neoliberal economy, a world of unemployed factory workers and supermarket advertising slogans. But 2011's Content took place in the world of capitalism's social media age. Now we're all just each other's content - another unsatisfactory product - so how could anyone really want you?

Occasionally you will meet someone and there will be a shock of recognition. Now you don’t see them anymore, but somehow you can’t forget their lonely face.
Posted by Stephen at 11:31 pm No comments: Links to this post 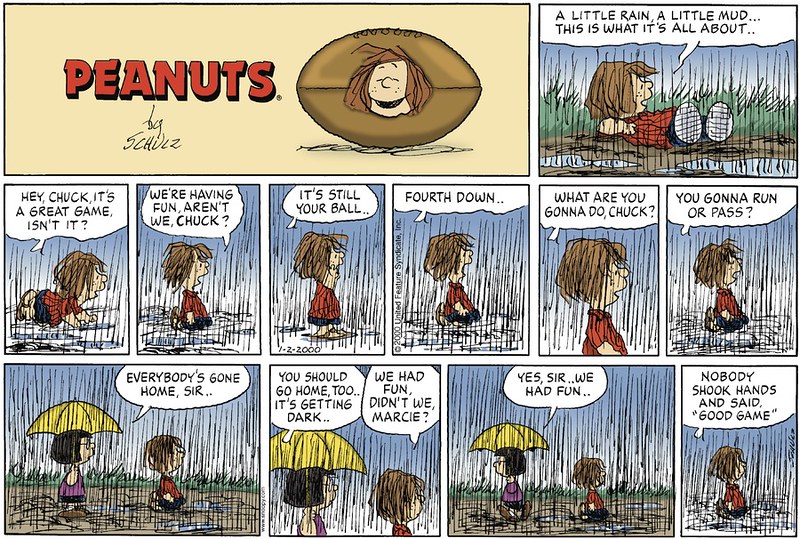 One of the last Peanuts strips drawn by Charles Shulz, January 2nd 2000. Shultz died a month later.
Posted by Stephen at 6:20 pm No comments: Links to this post

And After All This... 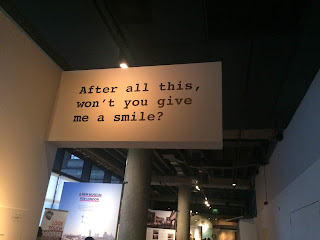 Sign at the exit to the display “The Clash: London Calling” at the Museum of London.
Posted by Stephen at 11:02 pm No comments: Links to this post

The Archaeology of Dealey Plaza


In 1991. I was in Dallas, at the plaza, and a few city workers were fixing some sprinklers and generel landscape maint.

I found my scribbled notes from then:

I ask one of the workers: "... Have you ever found anything interesting in the ground when you have been working and digging around the Plaza?..".

I got a laugh from two of the workers.

"...I found four 22 shells and five bullets all scattered around here over the years..". He motioned with his hands and laughed. 'Tim, here found two 50cal bullets burried in the ground over threre'. He pointed to the north Knoll. "..Jay caught a guy dropping lead fragments around the ground next to the curb. He ask him to leave. Just last week we found three shell casings near the fence.. they were from a 38. Seems people like to plant things here in the plaza.., maybe they want it to grow...". They all laughed and went back to work. I said "Crap", and went to Love Field.

Posted by Stephen at 4:14 pm No comments: Links to this post

Posted by Stephen at 5:48 pm No comments: Links to this post

Posted by Stephen at 8:16 pm No comments: Links to this post
Older Posts Home
Subscribe to: Posts (Atom)