It's Literally a Spectre. It's Scary as Hell.*

To what extent Marx and/or Engels encountered occultists or their literature is not known, and is certainly not a question that has interested any of their biographers. It cannot be said that the passing references to alchemy and the Philosophers' Stone in their writings indicate any familiarity with original hermetic sources. We do know, however, that they shared Hegel's high esteem for the sixteenth-century German mystic and heretic Jacob Boehme, saluted by Marx in the Rheinische Zeitung in 1842 as "a great philosopher." Four years earlier Engels had made a special study of Boehme, finding him "a dark but deep soul," "very original " and "rich in poetic ideas." Boehme is cited in The Holy Family and in several other writings of  Marx and Engels over the years.

One of the things that may have attracted them to Boehme is the fact that he was very much a dialectical thinker. Dialectic abounds in the work of many mystical authors, not least in treatises on magic, alchemy and other "secret sciences" and it should astonish no one to discover that rebellious young students of Hegel had made surreptitious forays onto this uncharted terrain in their quest for knowledge. This was certainly the case with one of Marx's close friends, a fellow Young Hegelian, Mikhail Bakunin, who often joined him for those all-night discussions at Proudhon's. As a young man the future author of God and the State is known to have studied the works of the French mystic, Louis Claude de Saint-Martin, "The Unknown Philosopher" and "Lover of Secret Things," as well as of the eccentric German romantic philosopher, Franz von Baader, author of a study of the mysterious eighteenth-century Portuguese-Jewish mage, Martinez de Pasqualis, who is thought by some to have had a part in the formation of Haitian voodoo (he spent his last years on the island and died in Port-au-Prince in 1774), and whose Traité de la réintégration is one of the most influential occult writings of the last two centuries.

- Franklin Rosemont, "Karl Marx & The Iroquois", (1989)
*This joke stolen from a Nick Pinkerton Tweet that now seems to have been deleted.
Posted by Stephen at 4:34 pm No comments: 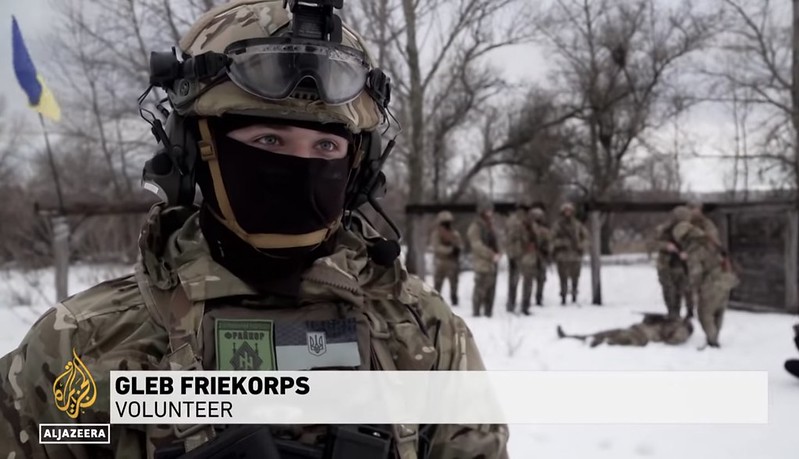 That symbol on the green chest patch is a Wolfsangel, as used by the 2nd SS Panzer Division, so I suspect he knew what he was doing when he told them that his surname was "Friekorps".

Posted by Stephen at 3:59 pm No comments:

The Importance of Procopius

The historical King Arthur seems to have been a petty British King, a commander of allied cavalry, whom the Romans left to his fate when their regular infantry were withdrawn from the garrison towns of Britain at the beginning of the fifth century. If a Procopius had been his chronicler, the ogres and fairy ships and magicians and questing beasts would not have figured in the story except perhaps as a digressive account of contemporary British legend. Instead we should have a lucid chapter or two of late Roman military history – Arthur's gallant attempt to preserve a remanant of Christian civilization in the West country against the pressure of heathen invasion. And Arthur's horse would have been a big-boned cavalry charger, not a fairy steed flying him wildly off towards the Christian millennium.

Posted by Stephen at 6:09 pm No comments:

Now that I've started using Letterboxd I can pull up neat statistics about what I saw this year. Here's a list of what I saw: 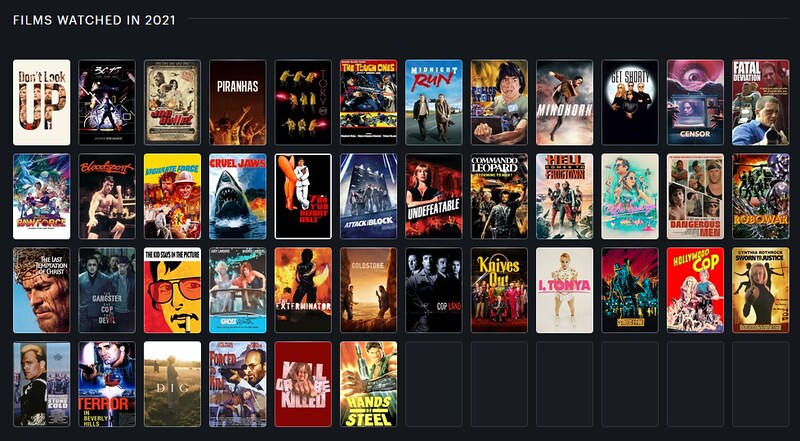 and here's a world map of where they're from (Hong Kong not visible at this scale): 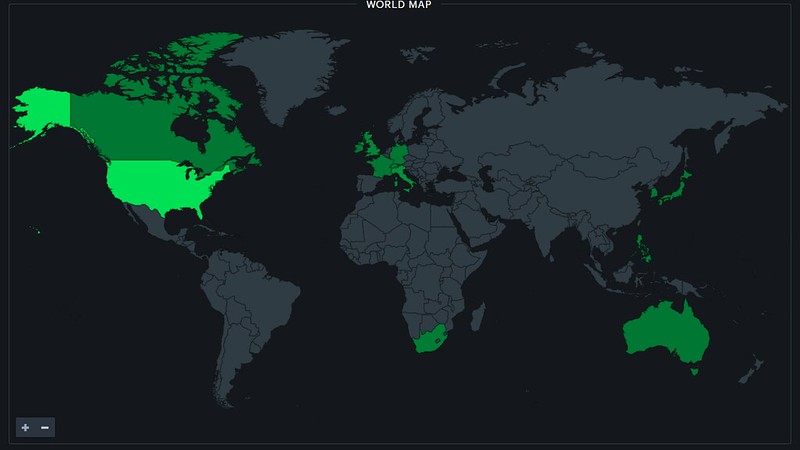 Posted by Stephen at 6:31 pm No comments:

From Camilla Townsend's Fifth Sun: A new history of the Aztecs (2019).

Posted by Stephen at 5:04 pm No comments:

Posted by Stephen at 7:56 pm No comments: